The values of eco-humanity should appeal to people of all nations, cultures and religions who care about the future of our children.  They are a combination of values that evolved in the West after the Second World War together with green ideas of preserving the natural world. They can be characterised by the principles of liberty, equality, rationality, empathy and sustainability. 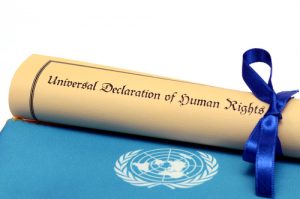 The principles of liberty and equality were developed by the United Nations into an internationally agreed standard of human rights in 1948. It has since been amended and extended and consists of 30 articles.  It starts from the basis that we are all born free and equal. No one should be enslaved. No one should be discriminated against on the grounds of race, gender, sexual orientation, class or religion. We all have the right to express our opinions. In addition, all humans should be considered equal in the eyes of the law. No one has the right to detain us unfairly. We are innocent until proven guilty and if we are tried this should be in public. No-one should torture us. If there is an injustice, we should have the right to resolve it by legal means. 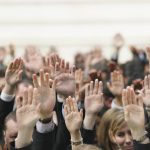 These rights go further than purely legal processes. They embrace the ideals of a caring, sharing society.  They define rights to democratic government, employment, education and social security. Article 21 defines our right to vote. Article 23 says we all have the right to do a job for a fair wage and to join a trade union. Articles 25 and 26 define our right to be educated; primary schooling should be free. Article 22 says we all have the right to affordable housing, medicine, education, and childcare, enough money to live on and medical help if we are ill or old. Article 24 says that if we are old, unemployed or disabled, we have the right to be cared for.

Belief in rationality entails that communal behaviour should be justified as far as possible by reason. It encourages a logical, scientific approach to decision making.  We humans are not rigorously rational beings. Our beliefs and behaviour are a mass of contradictions and, being animals, our behaviour is often governed by emotions. However, uniquely in the animal kingdom, we humans have the ability to influence our behaviour by reasoned argument. Our global world contains people of many cultures and religions. Common rules of behaviour cannot be agreed on the basis of just one cultural or religious view. As Barack Obama said: 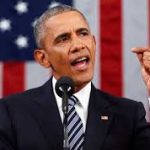 Democracy demands that the religiously motivated translate their concerns into universal, rather than religion-specific, values. It requires that their proposals be subject to argument, and amenable to reason.

These universal values are based on an empathetic attitude towards others. They are characterised by the Golden Rule: ‘Treat others as you would want to be treated’. Variations of this simple mantra are common to all religions. Their de facto adoption by many ordinary citizens has been responsible for creating the kinder, more caring society that has developed since the Second World War. 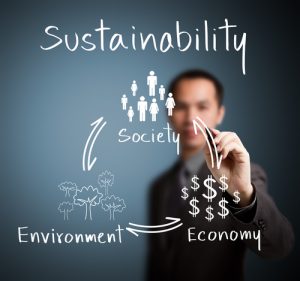 Sustainability is the principle that we humans should preserve the planet’s resources for the use of future generations. Adopting a sustainable lifestyle means limiting the effects of pollution, particularly due to greenhouse gases, plastics and other chemicals. It also means recycling and not squandering mineral reserves, using our water resources judiciously, and developing farming strategies that preserve the soil. Living a sustainable way of life means ensuring our actions are sympathetic to nature by eliminating over-grazing, over-fishing, deforestation and the worst excesses of factory farming. 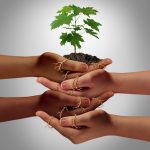 Globalisation is creating an increasingly divided world that is destroying and polluting nature and threatening our future. A materialist culture, combined with human arrogance and cultural division has encouraged states, religions and companies to compete with each other rather than cooperating for the good of all. If all the concerned people of the world unite behind the values of eco-humanity they have the power to defy local community self-interest and create a better world for us all.