By Roger HepplestonFebruary 9, 2021Uncategorized
No Comments

‘Democracy is the art of thinking independently together’ said the American philosopher, Alexander Meikljohn. If this is true then this art has been lost in the West and democratic government is in crisis as a consequence.

One problem is that the tribalism of party politics gets in the way of effective democratic processes. Too often party loyalty trumps rational decision-making.  A scandalous example of this occurs in the Committee stage of law-making at the House of Commons. This is the stage in which the finer points of a proposed law are discussed and problem areas are supposed to be resolved. Isobel Hardman in her book Why we get the Wrong Politicians describes the process as non-functional: in effect a charade. The government has a majority on the committee. They select the participating MPs, not for their knowledge and interest, but for their compliance; these doormats of politicians are expected to support the Government at all times. During the committee meetings only opposition MPs raise issues. Government MPs, with nothing to contribute, spend their time on other work such as answering emails on their laptops. The Government deliberately side-lines MPs who think independently and actively discourages rational discussion.

Debates in the Chamber are little better, too often political discussion appears to be a process in which the deaf shout at each other. No points are conceded, no questions are answered and no light is shed on the issues discussed. Party dogma and party loyalty rules.

Alexander Meikljohn also believed that democracy should mean self-government by the people; by this he meant that the Government should be involved in an informed dialogue with the electorate.   At the present time, the public is rarely enlightened by political discussion. The accepted art of a politician seems to be avoiding answering difficult questions. Never admit to a mistake is a mantra. New ideas are rarely discussed as politicians stick rigidly to the party line. As politicians waffle non-responses, media interviews frustrate both interviewer and public alike.

The tribalism of party politics is at its worst in the USA. Democrats and Republicans are barely on speaking terms. The American constitutional system was designed as a balance of power, involving discussion and compromise.  Too often Democrats dominate Congress and Republicans the Senate;  the result is stalemate. During the last two presidencies there have been long periods in which Congress barely functions at all. 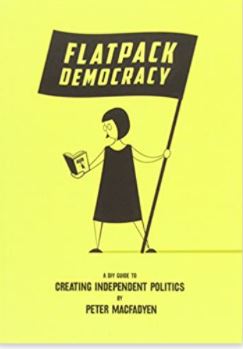 We desperately need cultural change in the way our politicians behave. The excesses of tribal behaviour need to be curbed to allow issue identification and resolution. The remnants of effective democratic processes in the House of Commons survive in conventions for speaking courtesies: representatives must be addressed as Right Honourable and members are not allowed to use ‘unparliamentary language’. But the essence of the democratic processes  have been so degraded over time that there needs to be a root and branch review of systems and codes of behaviour. Politics would be much more effective if representatives listened to other views, ceded points of discussion and reached genuine rational decisions. It’s not rocket science.  It needs good chairing and agreed rules of conduct, such as those suggested by Peter Macfadyn in his book Flatpack Democracy. There is a precedent for change to be possible. According to Isobel Hardman, Select Committees, introduced in 1979, have a different political culture in which members are much less partisan.

As soon as people identify as a group, tribal behaviour becomes inevitable. A truly effective democracy depends on its culture and its processes to minimise this behaviour and allow rational discussion to take place. In Britain and the USA, at least, these democratic norms have fallen into disrepair. The West’s position in the world pecking order is under threat from populist movements, Chinese militarism and the success of East Asian forms of democratic government. If the West is to maintain its international competitiveness it will need to look again at its failing democratic procedures and revise them to be fit for the 21st century.