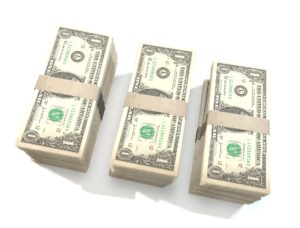 Tax havens allow the rich and multi-nationals to avoid paying taxes, and crooks and corrupt politicians to hide their ill-gotten gains. They are pernicious regulatory authorities which act against the interests of tax payers everywhere.  In any rational world, countries would co-operate to ensure they were not allowed to operate.  The fact they exist at all signifies the degree to which the rich and multi-nationals have manage to subvert the democratic process.

However, recently some progress has been made. The US introduced the Financial Assets and Compliance Act which forced foreign financial institutions to tell the US government about any American-owned assets held on their books. Also, by signing up to a Common Reporting Standard (CRS), the rest of the world agreed to exchange information about the assets each other’s citizens held in their banks. The attraction of Jersey, Lichtenstein, and the Bahamas began to diminish. But it was a false dawn, the demise of some tax havens merely presaged the arrival of others. The US was not party to the CRS agreement and US States such as Delaware, Nevada and South Dakota have been able to create lucrative financial instruments for companies and the rich to avoid tax.  In South Dakota the rich can create trusts for their own benefit. Once two years have elapsed, no creditor or tax authority can gain access to the money held.

The US has now overtaken the Cayman Islands as the second most pernicious tax-haven in the world. Already there are huge income disparities in the US. This new form of tax avoidance will perpetuate wealth differences for generations to come, creating a new wealthy aristocracy in this supposedly classless society.  In the meantime, the Middle and Working Classes are left to labour alone to pay the taxes that support the State.

For more information about this new blow to democracy read.

GDP growth isn’t the only objective for society 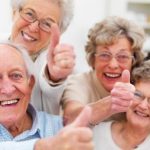 GDP growth isn’t the only objective for society, though sometimes it seems to be the only measure of success that all our politicians endorse. There are arguably other more relevant measures of a nation’s success. This week the UK’s Office of National Statistics published its figures on life expectancy for 2015 to 2017; it shows that life expectancy in the UK is 79 years for men and 83 years for women.

Surely most of us would like to live longer, but it is currently a post code lottery.  In some regions of Scotland and the North you are likely to live 10 years less than people living in the South East. The reasons are unclear. As Southerners are not physically different than Northerners, it must be due to lifestyle issues like diet, exercise and drug consumption or stress related issues like poverty, caring and unemployment. These are factors that are in the power of society to change by policy, education and example.

Wouldn’t everyone welcome an initiative to improve life expectancy.  Shouldn’t life expectancy be high on the list of success factors for our society. Let’s encourage politicians, economists and civil servants to make it a national imperative.