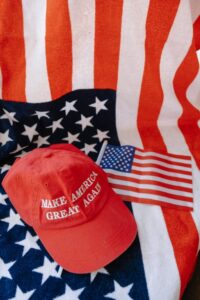 It’s depressing, the forces of darkness almost won. Even after 4 years of disorganised, divisive and retrograde government, almost 50% of Americans voted for Donald Trump. It seems they didn’t mind the lies and the irrational, racist and illegal behaviour. Although the less well-off were the back bone of his support, nothing had been done to improve their economic or health prospects. His much-heralded financial reforms, merely made the rich, and particularly Donald Trump, richer; his attacks on Obama Care reduced their access to medical support. Despite this, his appeal to the emotions and prejudices of his supporters remained strong and even grew.

Trump and the Republican party still deny the fact that mankind’s future depends on working in harmony with the natural world. Despite all the physical proofs in the form of storms, droughts, heat waves, ice melts, fires and rising seas, the existence of climate change is still denied. The threat of the Covid -19 virus was never taken seriously. As a result, hundreds of thousands of people died and the economy was excessively disrupted. Environmental protections were slashed and removed, threatening bio-diversity and releasing yet more greenhouse gases into the atmosphere.

None of these issues made any difference to his supporters. Like all populists, Trump’s appeal is to primitive emotions of tribal support. By exploiting the natural fear of change and emphasising threats from others he has built up a tribe of true believers. ‘USA’ is the cry of Trump supporters even though they represent only half the country. Threats and violence underpin his movement.

Trump and his tribe threaten all the principles of eco-humanity: liberty, by undermining the forces of law, egality by appealing to white supremacists, rationality by a barrage of lies, and sustainability by the denial of climate change.  They were not humiliated at this election. Their support has grown. This is a warning to us all.  All those who are concerned about the prospects of a sustained and happy life for our children need to take note and act.

The declining influence of religion

The declining influence of religion