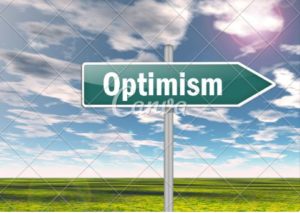 Boris Johnson’s recipe for the future of the UK is clearly based on energy and optimism. The belief that if you think something will happen, put aside negative thoughts and stride forward with enthusiasm, you will succeed. However, if the direction is wrong and there is not sufficient analysis and forethought, it is also a recipe for disaster. A splendid piece by Tim Lott in the Guardian warns of the dangers ahead.

He says that too often:

optimism leads to disappointment- attended by its henchmen, bitterness and resentment … If optimism does not produce the desired results, then optimism itself has been sabotaged – not by realists but by the pessimists, otherwise known as traitors.

Optimism and an appeal to national fervour are the building blocks of populism. The belief that if our nation/race/religion all band together we will overcome all obstacles and triumph over others. It is attractive to many because it appeals to deeply held tribal instincts.

However, if we are to seriously address the critical issues of our society such as climate change, an aging population, the gig economy and increasing wealth disparity, optimism alone will not succeed.  It will inevitably lead to further divisions within society, less and less rational action and diminishing international cooperation. We need a more thoughtful approach based on shared human values. Optimism and its cohort populism are dangerous.  They represent the antithesis of the principles of eco-humanity and will inevitably result in a poorer, more divided world that continues to destroy the planet.