Racial hatred is a cultural issue

Homo sapiens is a tribal species with a dangerous propensity to unite ‘us’ against ’the rest’.  Our history is marred with despicable acts of cruelty, as contact between different hunter-gatherer bands, tribes and states turned into inter-community hatred and violence. Since the Enlightenment the level of violent conflict has declined and the major powers of the world have learned to live in peace with each other. However, inter-community hatred is still present and can bubble up at any time. When combined with differences in physical characteristics this inter-community antagonism is known as racism. 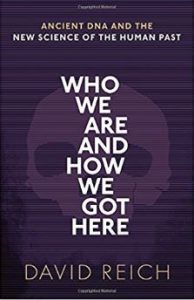 Those in the Eugenics movement in the early twentieth century tried to show that this racial division had a scientific basis; that different races were essentially different species. This has since been disproved; we now know we are all one species that emerged some 200,000 years ago in Africa. The latest proof comes from David Reich in his book Who We are and How We got Here.  He has shown conclusively that the makeup of our DNA is a result of tens of thousands of years of intermixing of peoples from different geographical regions. Differences in skin colour and facial and physical characteristics between people from different countries account for only one sixth of the natural variation in DNA between humans.

Racial hatred is a cultural issue that has no scientific validity. This does not mean that it does not exist or is not important. It is part of our inherited tribal behaviour; it can only be overcome by changing cultural habits. Groups of humans always have a choice about the way they interact with other groups; they can compete or co-operate. In our globally integrated world competition that leads to hatred and violence is especially destructive. This is why developing a culture that can unite people of different cultures, religions and nations is so important for the future of mankind.

Our politicians are hopeless

Our politicians are hopeless