The issue of immigration

The issue of immigration brings into focus the developing confrontation between liberal humanist values and nationalist instincts.  Increasing levels of immigrants from different cultures have fuelled the rise in populism across the world. As a result, the international cooperation necessary to save the planet is becoming even more difficult to achieve. 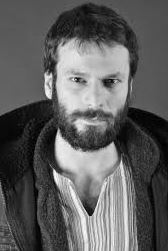 The Turk Umut Ozkurmh has been pondering the rise of the far right in Sweden, where he lives. This paragraph from  his article in the Guardian is worth quoting:

I had to understand that the central question is, as the Swedish historian Lars Trägårdh puts it, whether it is possible to resolve the fundamental tension between, on the one side, “universal moral rules founded in notions of human rights”, and on the other, “nationally bounded claims derived from the idea of citizenship in particular nation states”.

My answer is yes, and the formula is simple: emphasise the connection between rights and duties; speed up the process of integration of newcomers (refugees or migrants) without demanding that they fully assimilate into the dominant culture, but asking them to respect the existing social contract; foster a sense of common destiny that does not necessarily require myths of common ancestry; and engage with the demand for recognition in a fair and equal way, without privileging either minorities or majorities.

Governments of the world should listen to his views  and act accordingly to avert future strife.