We are picking the wrong fights

By Roger HepplestonDecember 7, 2021Uncategorized
No Comments 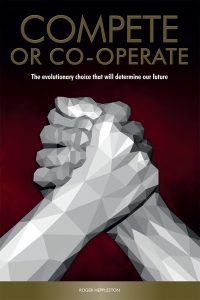 We are picking the wrong fights. Nick Cohen writing in the Guardian describes the Tories big idea of staying in power as one of endless conflict with the EU. With their ‘success’ in achieving Brexit,  the Conservative party apparently believe that perpetuating  arguments on trade and finance with Europe will keep them popular.  https://www.theguardian.com/commentisfree/2021/nov/06/tories-big-idea-for-staying-in-power-endless-conflict-with-the-eu.

This is entirely the wrong strategy. The world is dividing into two camps. One of which believes in the values of the enlightenment with its rational approach to decision making and its support for the basic human rights of equality and freedom. The other is dominated by populist countries led by charismatic leaders bent on pursuing their own self-interest, no matter what the consequence for others. The list of countries in the populist camp includes Russia, Brazil, Hungary, India and Turkey. These countries often exploit religious fervour to support their objectives. Some countries like Iran and Pakistan make religious nationalism the primary concern of their government. There are also countries in the West that are in danger of taking the populist path. The USA is a particular concern. The danger of Trumpism is not yet over. Trump has changed the Republican party to one which has abandoned rationality and democracy in favour of a partisan approach to government. https://www.theguardian.com/commentisfree/2021/dec/03/republican-party-democracy-political-violence-trumpism

The road to populism is the way to international disaster. The future of mankind depends on nations co-operating with each other in so many areas: the environment, health, taxation, trade, energy, technology and so many others. Popularism is the antithesis of this. It stirs up jingoistic sentiments in the population and promotes the false narrative that in this globally interactive world we can control our own destiny without the help of others.

The liberal humanist ideas of the enlightenment have benefited mankind greatly.  In much of the world, we now live 3 times longer than our peasant ancestors and have immensely richer and more rewarding lives.  By abandoning co-operation, rationality and human rights, populism now represents a potent danger to our lifestyle. To prevent it those with liberal humanist attitudes have to step up to the plate. We have to become more fervent in expressing our beliefs and defending out way of life. We have to mobilise international co-operation to confront the evolutionary dangers ahead.

It has been shown in human history that only religions and philosophies of life have the power to unite national groups. Think of Catholic Europe in the crusades, or Communists in the cold war or the feeling of brotherhood of those with the Islamic faith. Liberal humanism has been the dominant philosophy of life of democratic capitalist countries for the past sixty years. However, liberal humanism has developed naturally. No guru has specifically espoused its ideals. No group specifically rallies round its principles. Except perhaps humanists, but they are a very small group. Many religious leaders have initially rejected some liberal humanist values and some still do. But time has moved on. I would argue that many of their congregations are more tolerant and actively support liberal humanist attitudes. Also, in much of the Western World, the non-religious represent the  majority of the population and  liberal humanism is their inherited philosophy of life.

If we are to stand up to populism liberal humanists of all persuasions need to work together to confront the challenges ahead. We need to reach out across national boundaries to reject tribal instincts. We need to reinforce the principles of rationality, equality and liberty, together with new ideas of preserving the environment. Only by cooperating can we make the world a better place for our children